My trip with the Cuba Writers Program consisted of a 9-day stay on the island, starting with 5 nights in Havana, then 2 in Cienfuegos in the south, and 1 final night in Havana. And unlike those young travelers at the Finca Vigía I mentioned in my last post, we were intent on earning our person-to-person visas.

Every day was packed with multiple cultural excursions. Traveling around on foot, by bicitaxi, or in what my fellow traveler V. Hansmann* referred to as “Chinese Bus #5050” (not pictured, but imagine your standard charter coach), we would crisscross the city or traverse vast expanses of countryside in a single bound.

*You can read V.’s far more diligently contemporaneous account of the trip here. And do, damn your eyes!

We went to dance studios, a print shop and an art gallery; we met with writers and poets; we attended a guitar orchestra concert and other musical performances; we ate at some of the best-known restaurants on the island; we listened to Tim Weed’s lectures on Cuban history and Hemingway; and we took part in writing workshops led by authors Ann Hood and Alden Jones, and a special lecture by food writer Michael Ruhlman. 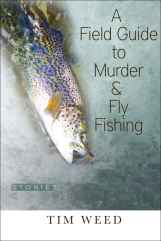 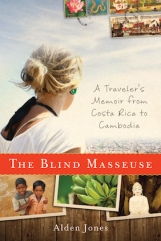 At the end of each day, I’d return to my room at the hotel or casa particular by about 10 pm thinking, “Maybe I’ll pop out to a bar, catch some live music, smoke a cigar.” And almost every night, after a frustrating attempt to get online with my ETECSA card and talk to my wife and baby boy, I’d end up falling asleep with the TV babbling away at some Spanish-dubbed movie.

The point is these were a very packed nine days. And before passing out at night from fatigue (from walking miles upon miles, yes, but even more from having intense conversations with some extremely smart, engaging human beings—writers all—for thirteen or fourteen hours straight), not to mention the heat exhaustion, I’d type up an account of the day’s activities, reread the workshop pieces we’d be talking about the next day, review my other notes, and back up my latest iPhone and Nikon photos.

I did all this assuming I’d simply blog my notes and jazz them up with a smattering of pictures. The problem is, though, that I took a metric fuck-ton of photos and each day was its own mini-odyssey. A straight-up chronological info dump of text and images would be almost incomprehensible to anyone who didn’t take part in the trip—a bit like watching your friend’s kid’s cell phone video of a roller-coaster ride.

Over the past two months, it’s become abundantly clear that chronology is simply the wrong organizing principle here. So rather than giving you a day-by-day account, it’ll be more effective, and I hope more enjoyable, for me to organize my pictures and anecdotes thematically.

First, I’ll take you through Havana from east to west (which is the direction in which the city historically grew), from Old Havana across the Paseo del Prado, through Central Havana to Vedado. Then I’ll explore some aspects of the city that I find particularly compelling. 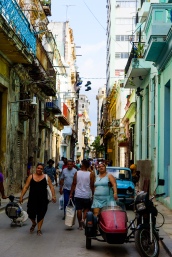 After that, we’ll pop down to Cienfuegos, and I’ll invite you to listen in on a reading that the Cuba Writers Program did on the rooftop of a casa particular overlooking the water.

This is actually just some place where we had lunch, not the aforementioned casa rooftop—but I figured you’d derive greater pleasure from this more dramatic-looking panoramic shot …

Finally, I’ll share the revised version of the chunk of my novel The Crimes of Paris that I workshopped in Cuba, and I’ll note some of the changes I made as a result of the trip and my workshop partners’ insightful comments.

Along the way, I’ll share more pictures of my fellow travelers. But here, I want to introduce our local guide, Orelvis. He’s a lawyer by training, but he makes a good living leading yanquis and yumas like us around the island. (And he’s precisely the sort of person that the Trump administration’s new Cuba policy hurts directly.) 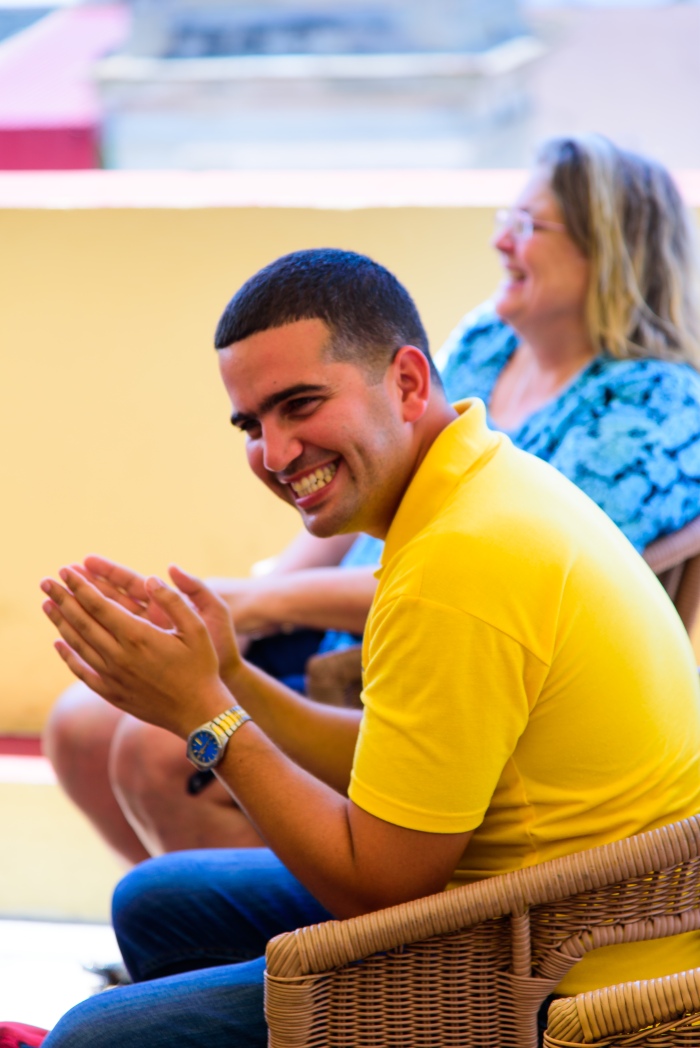 When I met Orelvis, he said to me: “My name is Orelvis, but you can call me Elvis.” To which I replied: “I will.” (This was the first edit I made to my novel on this trip. Who wants a local-color character called Hector when he can have one named Elvis? More on this later …)

I also want to introduce our bus driver, a quiet guy named Frank.

I took this picture on a hotel roof in Cienfuegos, as a local guitar orchestra played in the background. This is my favorite shot I took that day. To me, those clouds are like a thought bubble over Frank’s head as he turns away from our tourist group and gazes out over a city hours from his home town of Havana. Fill them in yourself as you like …

If I can maintain my posting discipline (already impinged upon by an July 4th weekend trip to Ocean City, MD), there’s much more to come—and soon.